Theatre and music are life on A Good Reed Review

A Good Reed Review gratefully accepts direct donations via PayPal to help defray the costs of maintaining this site without creating paywalls.

Book Review: How the South Won the Civil War by Heather Cox Richardson

How the South Won the Civil War unmasks the American paradox

Professor Heather Cox Richardson, a prominent professor of American history at Boston College, has gained notoriety in the last several months as the author of a popular series entitled “Letters from an American” which appear on her website as well as on her professional Facebook page on a nightly basis. She began writing these letters in early November 2019 in response to numerous questions she received trying to make sense of the political events of the day. In these letters she provides a nightly roundup of the day’s political news, and along the way, she provides lessons delving the depths of American history to show where many of these ideas and tactics originated. On April 1, 2020 (after she was well into her nightly series), her latest book, How the South Won the Civil War: Oligarchy, Democracy, and the Continuing Fight for the Soul of America, was released. In this book, she describes what she refers to as the American paradox. This paradox is based on the principle that throughout American history, equality depended on inequality. She shows how this paradox started before the founding of the country and ripples throughout our nation’s history driving much of the division we see in American society today. [Continue reading]

As I mentioned at the end of Part 3, something was sorely missing during the dark years when I wasn’t involved in any organized ensembles. I still played my instruments at home and whenever I would drop by my mother’s house to visit. At some point during every visit, I would play a little ragtime or Chopin on her piano. She really didn’t want me to get my own piano because she was afraid that I would visit less often if I could play comfortably at home. Also, she really enjoyed it when I would bring my clarinet with me and play along with her for a bit. Still, between my own personal practice, the occasional simple duet with mom, and attending professional productions from time to time, I still had a pretty big hole in my life. Work was going well, and I eventually married a very dear friend. The marriage didn’t last, but it would turn out to be a very pivotal point in my life, especially musically. [Continue reading]

Commentary: The performing arts during a pandemic

With the country in the throes of an ever expanding pandemic, all non-essential group activities have been suspended. This is of course a necessary measure to help slow the spread of a serious health threat. Numerous businesses are affected, and many won’t recover with such a sustained stoppage of commerce. Not unlike sporting events, this is also a particularly devastating blow to the live performing arts where audiences normally gather to enjoy the efforts of artists presenting theatre, music, and dance right in front of them. Audiences cannot gather in person at this point, and realistically with social distancing, performers can’t perform in their normal fashion either since that would put them in close proximity to one another. In an attempt to keep the arts alive, even in these difficult times, this situation has sparked a widespread and creative use of technology. [Continue reading]

Commentary: Fandom is theater or My friend Mark: The making of a 49er fanatic

The holiday season is upon us, and there are myriad music and theatrical events to celebrate the season. It is also the heart of the football season where a different kind of theater plays out all over the country. For some, the drama is in the game itself. … there is another kind of spectacle playing out in stadiums across the country, but this one engages fans from all walks of life. … Finally, there are the extreme fans. These are the ones who take fandom and raise it to a performance art form bringing a type of theater to light … My friend Mark is one such fan. … Today, many 49er aficionados know him as 49erMark. [Continue reading]

Fiction: A World Without Religion

Alex and Rowan Jeffries shared much in life. Being fraternal twins, that sharing started with their birthday. They didn’t share a room growing up, as their parents didn’t think that it proper for a girl and a boy to do so long term. From the time they were out of their cribs, they enjoyed their own bedrooms, independent sanctuaries to pursue their private thoughts wherever those took them. Even though they didn’t share a room growing up, they were very close. Now in their late 40s and well-established in their careers in academia with full professorships in their respective fields at the same university, Alex in biochemistry and Rowan in music, they shared a house…Beyond their academic fields, there was one other area of life that they didn’t share – their personal philosophies. Rowan had a strong faith and belief in God. Alex was his opposite number and was just as sure that there was no God. This particular divide sparked almost daily debates between the twins. [Continue reading]

In December 2018, TCK Publishing released a new science fiction novel, Kill Code, by Clive Fleury. This gripping dystopian story is packed with action, intrigue, and a hero who might just have bitten off more than he bargained for as he tries to right the wrongs he’s seen all too often. In a not-too-distant future look at the little blue marble in space, the planet is ravaged by climate changes. The planet, and especially the Los Angeles area, has heated beyond all imagination, and there are really only a few hours of daylight that are even partially tolerable. The oceans have risen so quickly that weekly measurements show massive encroachment on waterfront areas, and humans have been pushed further and further inland. Over the top of it all, corruption is rampant, normal citizens have lost almost everything, and Hogan Duran wants to do something about it. [Continue reading]

Commentary: Playing to live vs. living to play 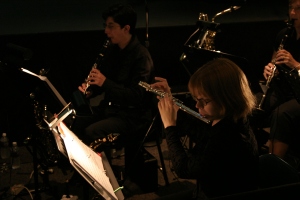 In December 2012, I wrote an article about the role of the pit musician in musical theatre. That article was written from a musician’s point of view and focused on the physical environment; equipment; training; mindset of performers who worked in the shadows; versatility that was required of pit musicians; and only mentioned compensation as a cursory aside. This article takes a closer look at the differences between pit musicians who live to play as opposed to those who play to live and discusses the challenges community theaters face with respect to pit musicians. [Continue reading] 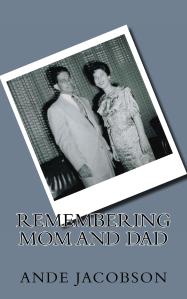 In REMEMBERING MOM AND DAD, I make the jump from analyzing the stories to telling them.  The book is a collection of nonfiction essays and short stories written over time remembering Bayla and Jerry Jacobson. The stories include personal recollections from my experience along with the retelling of numerous events related to me in conversations over the years. Some of the stories included are: “Music in the House”, “The Parenthood Plunge”, “The Jacobson Pet Parade”, “Disney Days of Summer”, and many more.  Interested?

Purchase a digital copy in Kindle or Nook formats.
Read the full Introduction.