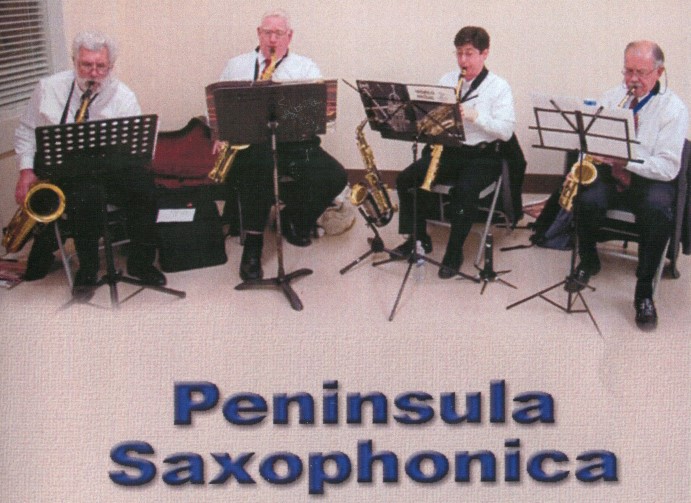 With SJ SaxMas just around the corner, this time of year I often fondly remember our old saxophone quartet, Peninsula Saxophonica. The group disbanded a little over a decade ago, but for a time the four of us got together a few times a month to share our love of saxophone music.

We were all affiliated with the Woodside Village Band when we formed our quartet and initially performed as part their concerts. We also played for a few outside events where a sax quartet was requested. Woodside’s director, Richard Gordon, was an avid saxophonist, and our quartet was the place where he put down his baton and picked up his bari sax to join in the music making. While the Woodside Village Band was Richard’s band at the time, in our quartet, everyone got an equal say in what we played, how we played, where we played, and we shared various administrative and directorial responsibilities.

Richard named our quartet and was always happy to share his experience and expertise. Nick Stumbaugh, our tenor player, kept our library and also provided our cutoffs at the end of charts. Owen Hakes, our alto player, also shared his experiences with the group. I played soprano sax and lead alto and generally counted us off setting the tempos for starting each chart, and I also wrote a few arrangements for the group (though we bought or borrowed most of our repertoire).

While we practiced and picked up various gigs throughout the year, the one concert where we always made an appearance was at the Woodside Village Band’s annual holiday concert. 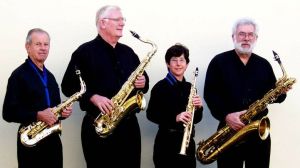 Richard and Nick passed away a few years ago, but the music we created together lives on. In the spirit of the season, here’s a little arrangement I wrote for Peninsula Saxophonica, recorded at one of our holiday concerts.

And here’s a classic favorite from a holiday party with saxophone music.

Another favorite of the group, but not a holiday piece:

One thought on “Remembering Peninsula Saxophonica”