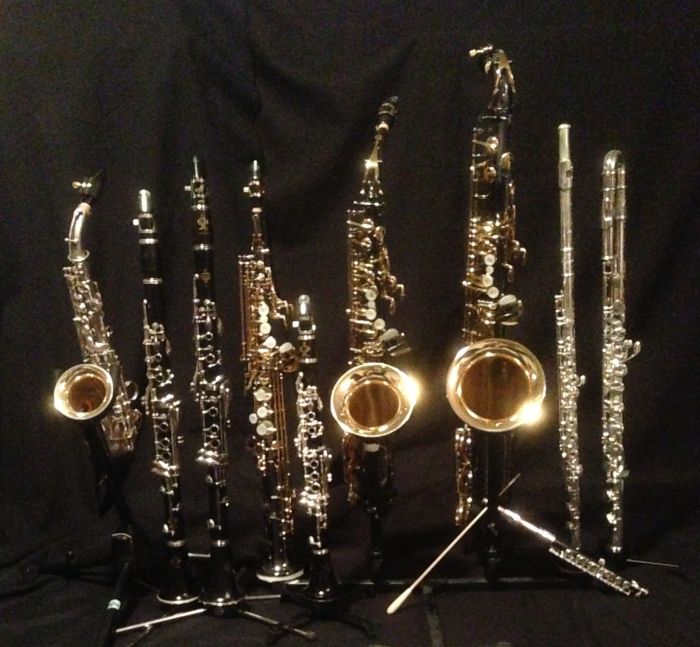 My journey through Part 5 of this series hasn’t been all that unusual. Like many others I studied music throughout my childhood and college years, and even though I pursued a lengthy career in the sciences, I never left my music too far behind. I was fortunate to live in an area where musicians of all levels could find opportunities to play and continue to grow musically no matter their primary career paths.

The pit orchestras in which I’ve played or directed have been composed of talented musicians of all ages including advanced young music students and adults from a wide range of professions, some musically related, some not. Beyond straight music endeavors, the San Francisco Bay Area enjoys a vibrant theater community at all levels that draws large, loyal, local support. The community of musicians that supports the musical theaters has thrived for decades … until that fateful year, 2020, which brought unprecedented challenges.

The first challenge striking in 2020 was legislative. The California legislature passed Assembly Bill 5 (AB5), and the governor signed it into law in September 2019. This bill was specifically aimed at the explosion and exploitation of gig workers outside of the arts and was intended to help those working for various ride sharing and delivery services obtain labor protections such as unemployment insurance and healthcare. It was also intended to ensure these employees received at least minimum wage. There were numerous exceptions to the new law for various types of contract work, but there were also unintended consequences for community organizations, particularly in the arts.

Community theater groups were hit especially hard. In the SF Bay Area, most community theaters and schools that supported musical theater tended to pay their musicians a stipend. Under the new law, they were obligated to treat these musicians as employees covering the employer’s portion of taxes, and paying them minimum wage which was significantly higher than the stipends they normally paid. For most of these groups the stipends were intended not as wages but as small tokens of appreciation for the musicians’ efforts on a mostly volunteer basis. Even those that paid slightly higher stipends still often didn’t come anywhere close to state or city minimum wages. As a result, numerous theaters that were already strapped for funds were forced to either cut their use of live music way back, or eliminate it altogether. One of the youth groups I had worked with a fair amount in the past eliminated their orchestras completely starting in the fall of 2019. Instead, they rented tracks provided by the licensing agencies because they couldn’t afford the additional costs of using live musicians under the new AB5 regulations. Other theaters approached the AB5 regulations in different ways, but all had to modify their operations to some degree or risk serious legal liabilities. Still, come the 2019-2020 season, many of the theaters had planned full seasons, and there were numerous opportunities for live musicians. In fact, my summer/fall 2019 schedule was quite full playing two very enjoyable runs with different theaters, and music directing a third run where I had the pleasure of mentoring a young keyboardist through his first time as a pit musician. I discussed this production in my piece from January 2020 earlier in this series. Mentoring this young musician brought back fond memories of my own first time in the pit even though our experiences were quite different.

The second major challenge of 2020 was of course the world wide COVID-19 pandemic caused by the SARS-CoV-2 virus. That challenge is still in progress at the time of this writing.

In early 2020, I was slated to play a couple of productions in my local area. We had just opened our run of Once Upon a Mattress the weekend before our county imposed restrictions on the sizes of gatherings that were allowed. Our opening weekend had no such restrictions, and we played to appreciative audiences in spite of our growing concerns for our safety. Our second weekend of that run was ultimately cancelled due to the uncertainties and logistical issues with reducing our audience sizes to fit the restrictions. The week following our cancelled second weekend, first our county shutdown all non-essential activities, and two days later so did the state. We were in lockdown with everyone instructed to only leave their homes for essential activities such as grocery shopping, medical appointments, and critical in-person work that had to continue despite the lockdown that couldn’t be done from home. Although our production had stalled, we didn’t know how long these lockdowns would last, and there was an open question whether we would be able to resume our performances later in the run. It soon became clear that wasn’t to be, and the show was formally, fully cancelled just like every other theatrical production at the time.

Once all non-essential activities shutdown including all live performances in theaters across the country (and the world), musicians found ways to practice and even collaborate while in isolation. Like many of my friends in the local music community, I started playing with one of many video applications that were available and recorded some collaborations with myself. I posted several of these on my Appearances page at various times throughout 2020. Below are a couple of my favorite self-collaborations.

Sometimes you just have to do a little pink panthering.

This next one is a reduced arrangement of Scott Joplin’s Magnetic Rag that I originally wrote for my Ragtime Band many years ago. I cut it down from a sextet to a quartet to better fit my current musical arsenal.

I enjoyed playing even though I wasn’t able to do so in the presence of other people. Unlike some others in the community, I never quite got connected with other musicians through various remote applications, so I haven’t played in any ensembles since March 2020 at the time of this writing.

As the year pressed on, I got involved in other non-music related remote activities and played a little less. Music never completely went away though, and I had the opportunity to mentor at one point late in the summer of 2020 when I was tapped for a podcast interview by a couple of enterprising young thespians. They were interested in exploring the music direction and pit side of musical theater. I also returned to my musical roots and started playing my piano a little more from time to time. The big advantages of playing my piano when I wanted to play something on the spur of the moment were that I didn’t have to put it together to play or clean spit when I was finished.

As we enter a new phase of the pandemic with wide-spread vaccinations, some groups are making plans to resume later in 2021. For me, it’s an unknown whether I’ll jump back into the pit in the near future. I am now fully vaccinated against COVID-19, but I’ve been in isolation for over a year and am just starting to consider the logistics of venturing out a little.

Pre-pandemic, my primary considerations for taking on a musical gig were location, time, scheduling, and my interest level. Compensation was also often in the mix. Now, there’s a safety element that must be considered before all others. It’s no longer just a question of catching a cold or a flu syndrome which frequently happened in various pit situations. While masks are now the rule rather than the exception, there are some activities that don’t lend themselves to mask wearing. One cannot wear a mask while doubling on various woodwinds even if it were possible to do so when playing a single instrument because of the differences in embouchure and playing position. Perhaps it is time to focus on bringing my keyboard skills back up to performance level since I could do that while wearing a mask to help reduce the risks of illness for myself and others in crowded pit configurations. I could also potentially music direct while wearing a mask.

No matter where the future takes me, I’m grateful for the musical experiences I have enjoyed over the years. For now as I wait and see how things develop coming out of this pandemic period, I’ll continue to listen to music frequently and play for myself when I feel so inclined.