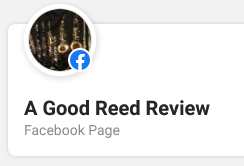 Growing up, we wrote letters. We also talked on the telephone, but if people lived more than just a few miles away those phone calls could quickly get expensive, much more so than the cost of a stamp. I remember when I was in eighth grade, I had a friend who was a high school junior who lived past our local calling zone, so we would write long letters back and forth. After we had been doing this for some time, I accompanied her to school one day when I had a holiday and she didn’t. Throughout the day I went to all of her classes and met a bunch of her friends, all of whom were avid Star Trek fans. She and I originally met at a Star Trek convention, so it stands to reason that many of her friends would be trekkies. After that day, her letters became a compilation of letters from all of these friends, so mine got very long in response. Even mailing these thick letters back and forth was far cheaper than it would have been to call in those days. There was no email or social media back then, at least not for the general public, but computers were beginning to be more accessible in schools and workplaces albeit in mainframe form. In fact my letter associates were all in a computer class at their school and tried to get their teacher to find a way to let me join them. He was game, but we just couldn’t work out the logistics given I was too young to drive at the time. Two of the students in that class who were part of our letter writing group had coded one of the best Star Trek games I’d ever seen, though they took it with them when they graduated.

Fast forward a couple of decades and chat rooms became ubiquitous among the computer savvy. These allowed people of various interests to join together remotely sharing ideas and prose among like-minded aficionados. Chat rooms were essentially social media infants. It would be another decade or so before our present day social media started popping up in various corners. The advent and ubiquity of social media today has given far more people than ever before the opportunity to write, some for a much wider audience than they may have previously imagined possible.

With much of the current news coverage dissecting the ills of social media, in particular Facebook, an important positive aspect of these powerful platforms has been largely ignored. As with most tools there is the potential for abuse, and we’ve seen far too many examples of this over the last few years. We’ve also seen a lot of good that can come from social media that gets lost in all the bad news. In the last two years through the pandemic, all forms of remote communication and connection have become far more important than they had been as in-person gatherings of all kinds have been fraught with risks. Even without the risks of a deadly illness in the mix, remote connection can have a lot of positives. For one thing it can allow people to connect over long distances without the expense or inconvenience of travel. It can bring groups of people together virtually for a wide variety of activities, some positive, and some negative.

The explicit revealing of Facebook’s business practices prioritizing profits above known issues has sparked one of the largest of exoduses to date as users from various segments of the Facebook community have had enough. Over time, most of us who have accounts on Facebook have run into an “unfriending” situation. The current Facebook user exodus goes well beyond an unfortunate unfriending and over time will undoubtedly reduce many positive connections. When Facebook first came on the scene for public use, it was mostly used by groups of friends gathering virtually to share various activities and aspects of their lives with one another. There were lots of cute pictures to brighten the day. People discussed festive events. Friends coordinated in-person gatherings. And in some cases, people shared more personal concerns for some needed support, but it was done in a mostly positive way. Then things started to get more political and divisive in the real world and in the virtual world.

Facebook’s algorithms can do significant damage as they leverage the political divisions for profit, but that requires users to allow the algorithms to drive their interactions. Rather than just blindly scrolling through one’s timeline, taking a deliberate approach in actively choosing what to view can go a long way to mitigate this potential damage. A Facebook user can choose from their friends list or use the search feature to bring up a friend’s profile to specifically look at and comment on what’s been posted. A Facebook user can do the same for a group or public figure that they follow rather than letting the algorithms determine viewing content. Facebook users can post something on their own timeline that interests them and can start a conversation among friends and family. Facebook users can lock down their personal profiles so that only friends (or a subset of those they choose) can post or comment. Setting firm rules of behavior on one’s own timeline can go a long way too, and Facebook users have the authority to delete anything they like from their own timelines, so comments that are out of bounds can be removed. It’s also very useful to hide the ads or sponsored content that shows up. Doing this frequently greatly limits the amount of sponsored content that gets shown.

This doesn’t necessarily mean limiting one’s friends only to those who think alike. On my personal account, I have friends from all over the country and the world, many who think or believe very differently than me, but they do have one thing in common. They don’t attack me or others on my timeline. They sometimes disagree with me or others on a post, but they comment respectfully, not with anger or malice. I had a few friends who started to behave badly as the present world became much more divided, and over time, either they ended the connection or I did.

While it might be tempting to blame Facebook for our own laziness in not being diligent about the information we consume, is that reasonable? In some ways, that seems similar to swearing off libraries because we might not like a certain book or even some sections of books that are available. In a library, the books are sectioned according to content, although even within those sections things might not be quite as advertised. For instance, not every nonfiction book is truthful. It would be nice if all content was labeled according to its truthfulness, and people didn’t try to deceive others. In thinking about this, I recently wrote a story about a world without lies. Unfortunately, this isn’t the world we live in much as we might want it to be.

Despite its shortcomings, Facebook can still bring us together in a positive way. It can help us maintain long distance friendships. It can give us a way to spark conversations that can make us think and grow. It can increase our awareness of the world around us. It can help us share artistic endeavors. And despite the overabundance of negative press, it can make us smile.

Further Reading:
A Brief History of Social Media
A World Without Lies