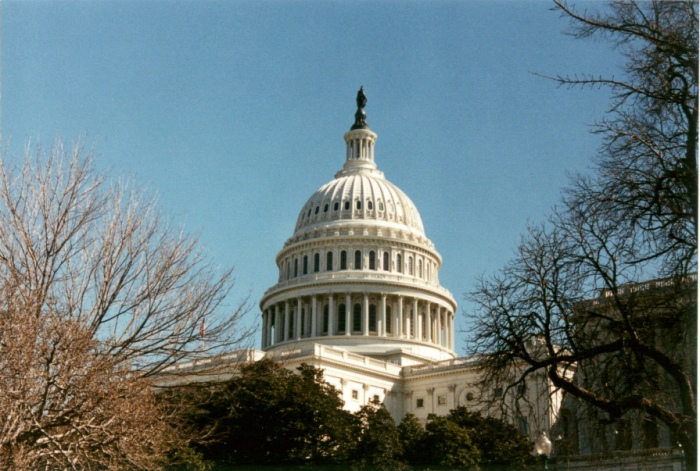 I am of an age that I watched Watergate evolve and got to study it in school as the investigation was first being made public. That certainly made civics interesting and timely. At the time it seemed to be the most significant threat to our nation’s democratic principles since the Civil War. Shortly before articles of impeachment were to be voted on in the House, President Nixon resigned, though it took quite an effort from his party to get him to do so. One month hence, President Ford pardoned his predecessor setting in motion an emboldened, extremist faction within the Republican Party that enabled an even bigger threat to our democracy to emerge. Just under a half century later, an attempted coup occurred. The coup was intended to prevent the peaceful transition of power after the lawful election of a new president. If only Ford hadn’t pardoned Nixon on September 8, 1974, perhaps we wouldn’t have elected the former president in 2016. If only the country hadn’t elected the former president in 2016, we wouldn’t have had an attempted coup on January 6, 2021.

The attempted coup was a well-coordinated attack to interfere with the official government proceeding to certify the electoral votes from the 2020 election. In its first public hearing, the House Select Committee to Investigate the January 6th Attack on the U.S. Capitol has pointedly laid the responsibility for this coup on the then sitting president, Trump. They show that he did so to stay in power rather than facilitating the peaceful transition to the new administration. The peaceful transition of power had been a cornerstone of our democratic republic since its founding, until 2021. The Committee has begun these hearings to share its findings and inform the public of what really happened. Through their investigation, they’ve so far interviewed over 1,000 witnesses and have reviewed over 140,000 documents. This first in a series of public hearings was held on Thursday, June 9, 2022.

While the investigation is still ongoing, the hearings will tell the story based on the results to date, much of which has not previously been made public. The Committee expects to continue releasing its findings to the public throughout the summer of 2022 with its final report expected in September 2022 before the midterm election.

Articles abound with takeaways from this first hearing praising Chairman Bennie Thompson and Vice Chair Liz Cheney for their candor and clarity. Their opening statements set the tone for course of these hearings. While the event prompting the need for the Committee has torn the country apart, the professionalism and dedication of the Committee members show the best of what America has to offer. For the Committee, truth matters. The people of this country matter. The oath to protect the Constitution against all enemies foreign and domestic that each elected or appointed government official has sworn matters.

As an American, watching the events of January 6, 2021 unfold live on that day was horrifying. Reliving that memory through the presentation in the hearing was painful, but seeing that we have representatives interested in finding the full truth is inspiring.

The Committee showed in its opening session through witness testimony from those involved that former president Trump was responsible for the attack. Per Vice Chair Liz Cheney, “President Trump summoned the mob, assembled the mob and lit the flame of this attack.” Per Chairman Bennie Thompson, “ultimately, Donald Trump—the President of the United States—spurred a mob of domestic enemies of the Constitution to march down to the Capitol and subvert American democracy.”

The Committee makes clear from their interviews that Trump was told by numerous close advisors, staff, and government officials that he lost the election, and there was no evidence of voter fraud that would have changed that outcome. He was well aware not only that he lost, but that his claims of voter fraud had no basis in fact.

Vice Chair Cheney pointedly stated: “Tonight, I say this to my Republican colleagues who are defending the indefensible. There will come a day when Donald Trump is gone, but your dishonor will remain.” Further, Cheney shared that several Republican lawmakers, including Rep. Scott Perry, requested presidential pardons for their actions surrounding the attempted coup. Though they presently claim they’ve done nothing wrong, if that were true, why did they need pardons?

The Committee showed how Trump commanded extremist groups including the Oath Keepers and the Proud Boys into violent action. Documentary filmmaker Nick Quested testified live at the hearing after having been embedded with the Proud Boys. He captured a meeting between the Proud Boys and Oath Keepers leadership planning their attack based on what they claimed were Trump’s orders.

The Committee made clear that future hearings will dig deeper into the details of these events to show who was involved, what actions they took, and when they took them. The Committee has the duty to determine what legislation is needed to prevent future attacks and to work through Congress to make it a reality. They are ensuring that the American people never forget what happened on January 6, 2021. These hearings and the Committee’s final report effectively present their case to Attorney General Merrick Garland which should also help the DOJ build its cases against all those involved no matter where they are in the chain of command.

History is filled with horrific events and power struggles, but since the Civil War we hadn’t had an all-out war on our soil, yet the testimony of several Capitol Police Officers equate what happened on January 6, 2021 to a battlefield. Capitol Police Officer Caroline Edwards testified live at the hearing recounting her experience the day of the attack. She talked of sliding in people’s blood as she and her fellow officers tried valiantly to prevent a well-armed, angry mob from breaching the Capitol. Many officers were injured, and several people died.

What happened on January 6, 2021 was not a peaceful demonstration or tourist visit as many Republicans have claimed as they attempt to downplay the horror of that day. We can never forget what happened on that day. It is now an ugly part of our history, and we must ensure that nothing like this ever happens again in the U.S. Between the House Select Committee investigating for the purposes of both informing the public and making legislative changes to strengthen and protect our democracy from future assaults and the DOJ’s efforts to pursue justice, we have a chance as long as we never forget just what is at stake – the future of our democracy.

Join 362 other followers
Follow A Good Reed Review on WordPress.com