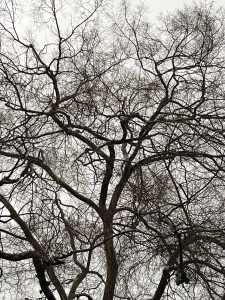 To welcome the New Year, 60 Minutes presented a sobering look at the negative impact humankind has had on our planet. Humankind has been too successful as a species. The objective measure of that “success” is that we have grown beyond the bounds of what the earth can support. There are too many people, and according to Dr. Paul Ehrlich, the problem was well in sight many decades ago. In his 1968 book The Population Bomb he put the crisis on food, forecasting that humanity would be unable to feed itself. Instead of working to control our population, we found ways to substantially increase the food supply. Now, while we may be able to produce enough food to feed our ever increasing world population, we cannot create space that doesn’t exist or provide enough fresh water. Through our exponential population growth we’ve encroached on natural habitats worldwide and exacerbated climate change. This combination has created the sixth mass extinction crisis where species the world over are disappearing destroying the ecological balance needed to sustain life, all wrought by too many humans roaming the planet.

Our societies are based upon infinite growth rather than trying to reach a sustainable steady state. Whether from an economic or a cultural perspective, the push for more overwhelms any common sense efforts to say “enough!”

Humans are one of the few species that have the intellectual capability to control our growth or even achieve a sustainable steady state. The problem isn’t that we don’t have the means to do so. The problem is that our own arrogance undermines our best interests as a species. Instead of allowing those who do not wish to be parents to not procreate, many are trying to create laws that will force procreation in cases of accidental, unwanted, or risky pregnancy. The effect will be to create massive suffering, most of which could be avoided if people had the ability to freely make the choice for themselves. Of course the problem doesn’t end there. Once born, at least in the U.S., a person is then pushed to live as long as possible no matter their quality of life. In this regard we are kinder to our pets not allowing them to suffer unnecessarily, but a person isn’t allowed the same consideration. People are often forced to continue no matter how severe their struggle or suffering without regard for their personal wishes. Slowly some of those attitudes and laws are changing in the case of terminal illness, but they still have a long way to go.

Clearly any large scale voluntary efforts to stem or stop our population growth have not been adopted. The one effort that made a small dent for a while was China’s one child policy, but that too created its own hardships largely based on its societal preference for males over females.

In the end, the planet will survive, but billions of species will be lost, and hundreds of millions of people will suffer unnecessarily because of our own cruelty toward one another. We can’t look at this as any particular population of humans being better or more deserving than any other because they are not. We are a single species regardless of our superficial differences in outward appearance, personal possessions, geographical origin, or cultural identity. Rich people are no better than poor people, only luckier. Those living in the first world are no more deserving than those in the developing world, and all of us suffer from the arrogance of our kind.

We have the intellectual capacity to make serious changes that could forestall or even reverse much of the damage that we have done, but so far at least we lack the will to make that happen on a global scale. We are too constrained by our fictional constructs such as money and societal hierarchies.

One would have thought that the pandemic would have made clear how vulnerable we all are to the forces of nature no matter our perceived position in human society. Diseases don’t care where we live, how we live, or what we look like. They just want warm bodies to infect, so if we are alive, we are vulnerable. With climate change accelerating, it’s only a matter of time before the next pandemic roars across the globe. Between zoonotic escapes as various non-human species are forced out of their natural habitats into closer proximity to human societies and pathogens long frozen are released due to deforestation and global warming, more frequent pandemics are inevitable. Whether they alone will reduce the human population to a more sustainable level is unknown, but what is known is that they’ll cause significant suffering just as COVID-19 has.

With respect to pandemics, we could do far more than we have. We could be cooperating and monitoring on a global basis to act before a potential outbreak gets out of control, but our cultural divisions and quest for profits prevent that type of cooperation on an ongoing basis and instead force us to try to work those problems after the fact once they become global crises.

References:
The Population Bomb, by Dr. Paul Ehrlich
The Sixth Extinction, by Elizabeth Kolbert
‘Sapiens: A Brief History of Humankind’ – a story of where we came from and where we might be going
Common Myths
Preparing the world for the next pandemic
Climate Change May Make Pandemics More Common
Doctors explain what it’s been like to provide reproductive care post-roe in America