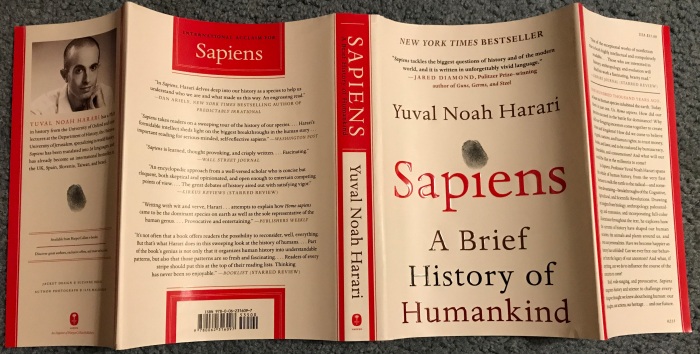 Sapiens: A Brief History of Humankind, by Yuval Noah Harari, was first published in the U.S. in 2015, and it took the country by storm. It quickly became a New York Times best seller and is used in numerous history courses around the country. Great Britain saw its English language release a year earlier in 2014, but the author’s countrymen saw it first published in his native Hebrew a few years before that in 2011. Beyond that, the book has been translated into over thirty languages worldwide, and at least the American English version is credited as being translated by Harari, with help from John Purcell and Haim Watzman. Why did Sapiens:… make such a splash around the world? It tells a fascinating story. Harari is an Israeli born historian and a tenured history professor at Hebrew University of Jerusalem with a passion for how every human endeavor affects history and the world. END_OF_DOCUMENT_TOKEN_TO_BE_REPLACED