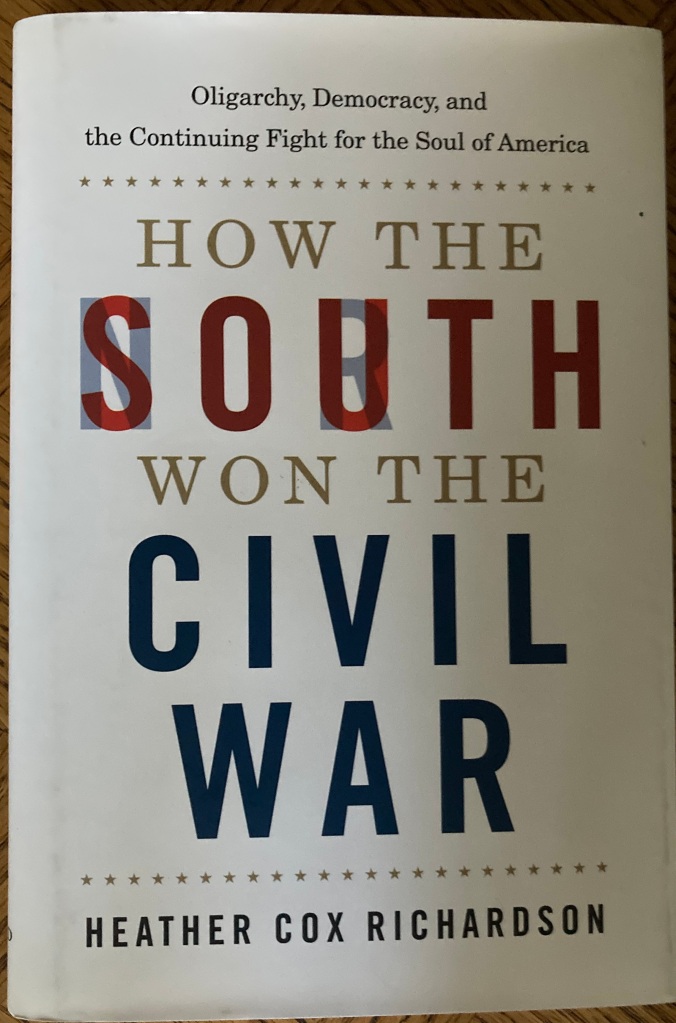 Professor Heather Cox Richardson, a prominent professor of American history at Boston College, has gained notoriety in the last several months as the author of a popular series entitled “Letters from an American” which appear on her website as well as on her professional Facebook page on a nightly basis. She began writing these letters in early November 2019 in response to numerous questions she received trying to make sense of the political events of the day. In these letters she provides a nightly roundup of the day’s political news, and along the way, she provides lessons delving the depths of American history to show where many of these ideas and tactics originated. On April 1, 2020 (after she was well into her nightly series), her latest book, How the South Won the Civil War: Oligarchy, Democracy, and the Continuing Fight for the Soul of America, was released. In this book, she describes what she refers to as the American paradox. This paradox is based on the principle that throughout American history, equality depended on inequality. She shows how this paradox started before the founding of the country and ripples throughout our nation’s history driving much of the division we see in American society today. END_OF_DOCUMENT_TOKEN_TO_BE_REPLACED