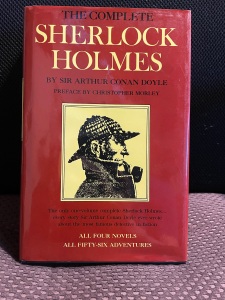 In a recent live session, Heather Cox Richardson talked about the evolution of the “Dark Brandon” meme that’s been taking over various social media sites in the last few weeks. It’s got a curious history that will very likely be dropped by future historians because it is tied to a potentially transitory cultural moment that originated through a vulgar verbal attack, shifted to a positive superhero context by co-opting the original intent, and may shift again before it disappears into the ether forever. The details of this meme/cultural reference while curious aren’t unique. She illustrated the point further by recalling various sayings or items such as the meaning of red telephone on a desk that anybody over about age 55 or 60 would know immediately, but somebody under 40 probably wouldn’t. What was once known as “common knowledge” has become increasingly less widespread as our diversity increases, but thinking about the whole concept of common knowledge as it applies to cultural familiarity, I am reminded of an entertaining incident and subsequent informal study I conducted many years ago. END_OF_DOCUMENT_TOKEN_TO_BE_REPLACED

Join 380 other followers
Follow A Good Reed Review on WordPress.com