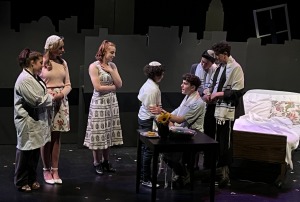 After almost a year, Upstage Theater’s production of Falsettos (with music and lyrics by William Finn and book by James Lapine) is ready for prime time. Its short run hits the Second Stage at the Mountain View Center for the Performing Arts tonight and runs through this Sunday, 11-13 March 2022, and it’s definitely worth seeing. I first mentioned this upcoming production last December in my profile of Val Zvinyatskovsky. He submitted a proposal for this show early last year and was given the formal approval last summer for the project in which he’s stage directing, music and vocal directing, and doing the lighting and sound design. It’s taken a lot of hard work, and it’s time for audiences to enjoy the fruits of this company’s dedication. Tickets are on sale now. END_OF_DOCUMENT_TOKEN_TO_BE_REPLACED 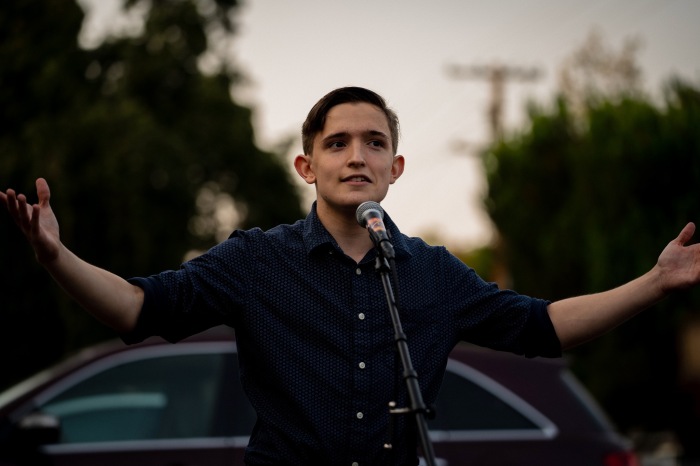 Every so often we are fortunate to cross paths with somebody with that intangible spark that makes them stand out in a really good way. They bring enthusiasm to all they do, and they inspire others to reach far beyond what seems possible. I ran into such a person some years ago, and I’ve been amazed by what this young fellow has done and continues to do.

I first worked with Val Zvinyatskovsky when he was but 10-years-old. He played the role of Jojo, one of the leads, in a youth production of Seussical that I was music directing. This particular group used live orchestras drawn from the greater musician community to give their young actors the privilege and thrill of performing in musicals in a way that would prepare them for potential careers in professional theater. Through the rehearsal process, this young actor stood out as one of the most skilled, prepared, and polished young thespians I’d seen. He not only had all of his lines and blocking down pat long before the cast needed to be off book, but his musical timing was impeccable. He never missed. Even so, it wasn’t until we got into the run of the show that I realized just how accomplished and curious this young man was. END_OF_DOCUMENT_TOKEN_TO_BE_REPLACED